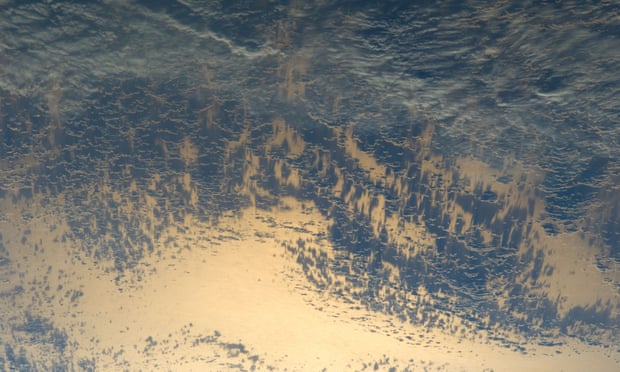 Study co-author says: ‘There is the possibility that solar geoengineering could really substantially reduce climate risks for the most vulnerable.’ Photograph: ISS/Nasa

A new study contradicts fears that using solar geoengineering geoengineering to fight climate change could dangerously alter rainfall and storm patterns in some parts of the world.
Geoengineering may be used to combat global warming, experts say

Published in the peer-reviewed journal Nature Climate Change, the analysis finds that cooling the Earth enough to eliminate roughly half of warming, rather than all of it, generally would not make tropical cyclones more intense or worsen water availability, extreme temperatures or extreme rain. Only a small fraction of places, 0.4%, might see climate change impacts worsened, the study says.

Sign up to the Green Light email to get the planet’s most important stories
Get the most important environment [Guardian] stories, debate and analysis delivered to your inbox each week